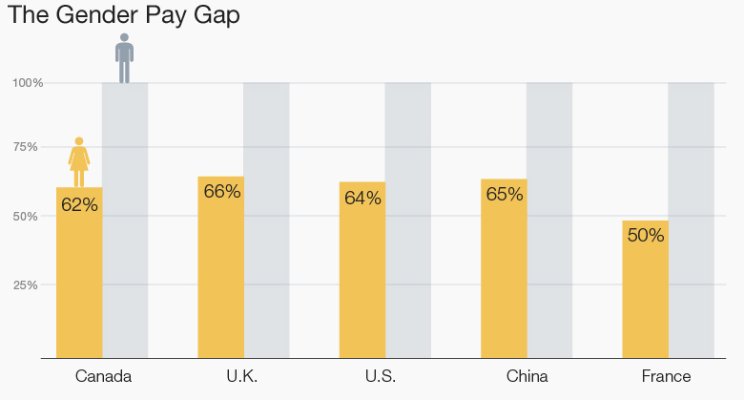 I’m sure by now you’ve read statistics about the pay and promotion disparity between women and men in the workforce.

It’s 2017 and men are still getting paid more for the same role.

Realistically, we’re dealing with the legacy of a culture where only 100 short years ago women were granted the right to vote. Systems, be they private or public, tend to be slow to evolve and catch up with changing times. They tend to favour the status-quo.

I think we can all agree this sucks.

What I’m more interested in, however, is what we can do about it the other 364 days of the year.

I wonder, are the women inside these systems selling themselves short?

One thing I notice in my role as an online marketing consultant is that consistently more women then men devalue their professional worth.

My work for my clients essentially boils down to helping them sell themselves online.

I’ve met a few men with blustering egos, low value and huge price tags and a huge amount of women with staggering levels of talent and apologetic attitudes about asking for what they deserve as pay.

I suspect the cultural training for women to be nice or the media’s messages we are not good enough have roles to play in this self-sabotage phenomenon.

So what can we do about this?

I just finished reading Hidden Figures, about the hidden role female African American mathematicians played at NASA during the race to the moon.

These women were at a double disadvantage – race and gender. However, one of the main characters became the first female African American engineer at NASA by showing her value, stating her case and asking repeatedly for what she wanted.

I believe a consistent implementation of this very tactic would go a long way toward equalizing pay and promotion inequality.

As anyone with a background in sales will tell you, the way to get what you want is showing the value and asking for it, over and over again – despite how many times you’re told “no”.

Without these two critical steps, I am betting there is a slim chance anyone in a flawed system will be simply handed the promotion or raise.

If women aren’t consistently showing value and asking for more within these faulty systems, I believe we’ll continue to see the same dismal improvement percentages.

A great book on the topic is called What It Takes: Step up, Speak up, Move up, by Amy Henry (with a forward by Donald Trump, no less). Using the techniques in her book I asked for and doubled my salary, back when I still worked for someone else.

Starting with small asks is also a great way to build the confidence to ask for the raise or promotion.

Start with asking for one thing a day that makes you feel uncomfortable.

You will eventually become immune to the word no and you’ll be surprised at what people will say yes to!

I have been given many really nice pens because I ask the banker for his, I’ve received a free box donuts, 3 for the price of 2 zip line admission and discounts on clothes at big department stores…to name a few… and just because I stated my case and asked for what I wanted.

Audacious, yes and silly examples to be sure, but they illustrate my point.

You can’t get a YES if you don’t ask.

Developing the skill of showing value and asking is an invaluable one, whether you’re man or woman.

What do you think?

I’d love to hear your comments below.